Times Celebrities Had No Clue The Paparazzi Were Right There 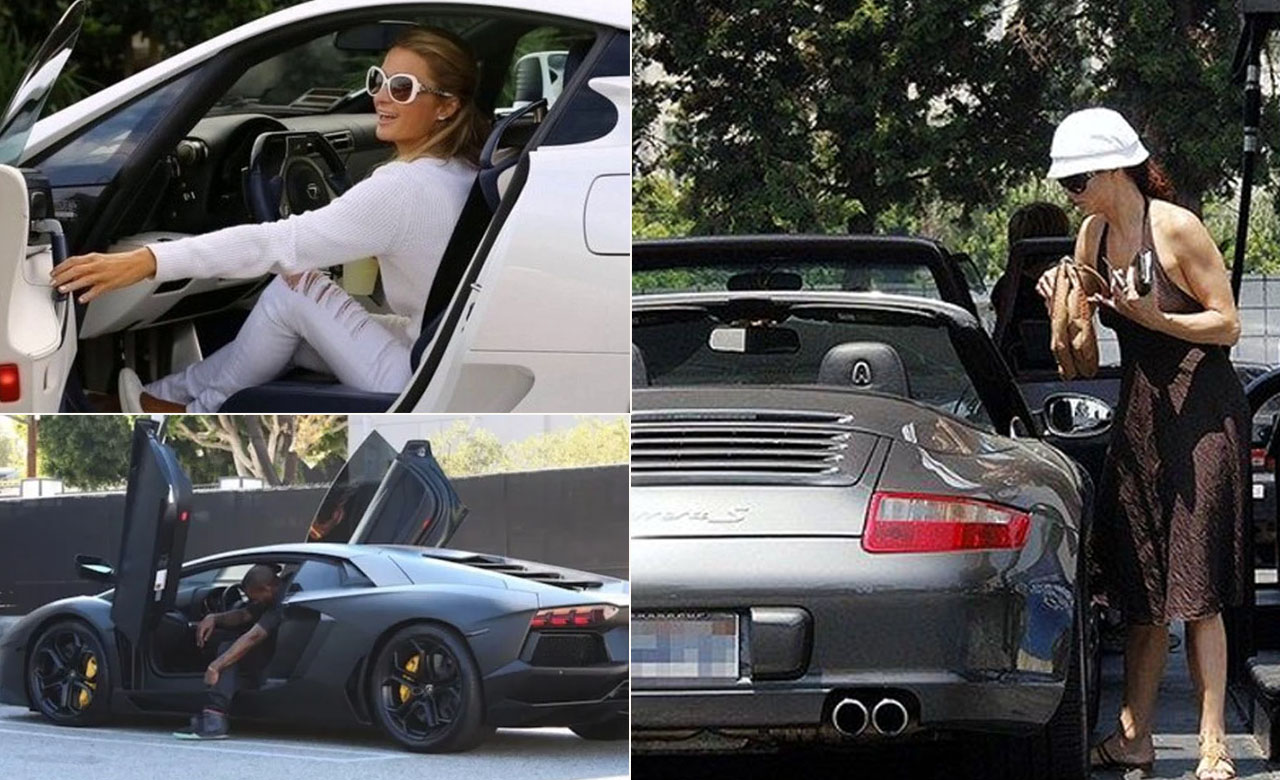 It’s a fact that celebrities are always under constant surveillance. Unfortunately, the attention and pressure can be too much for some famous people.

Some celebs even found themselves engaging in altercations with photographers after they’ve lost their cool. It can be pretty annoying for celebs we all know and love to have someone follow them around and take pictures of them, even when they’re driving around.

Since they’re celebrities, it’s reasonable to expect that they have the investment money to pay for any car they want; that’s why some of these cars are luxury cars! We’ve managed to list down six instances where a celebrity was photographed with their luxury car doing everyday chores like running errands. 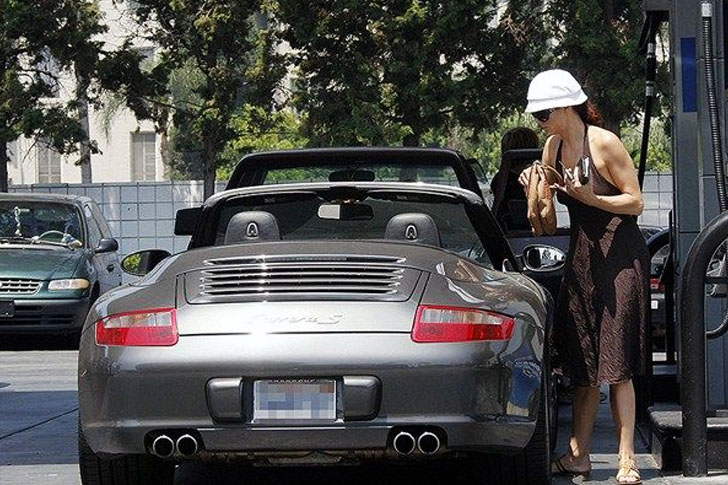 Kate Walsh is a Hollywood actress best known for her on-screen role as Dr. Addison Montgomery in Grey’s Anatomy and Private Practice. Walsh also appeared in several films throughout her career. In this photo, she’s seen refueling her Porsche 911 Carrera S. It features 350-hp, and it’s one of the most sought-after Porsche 911’s today!

It’s certainly not a surprise to see someone of Walsh’s stature drive around an expensive car. After all, we’re more than confident that she’s got all the  money she needs to acquire a Porsche 911. It’s certainly refreshing to see an actress drive around her car and stop to refuel it. You could say that there’s just something interesting about celebs doing everyday things like stopping at a gas station to fill up!

Floyd Mayweather is one of the most beloved boxing legends of all time. In this photo, he’s seen driving around a 2010 Koenigsegg CCXR Trevita that’s worth a ton of money. It’s certainly not a surprise to see Floyd behind the wheel of an ultra-expensive hypercar. After all, he has a supercar collection that rivals no one!

The 2010 Koenigsegg CCXR Trevita features 1,018-hp with a top speed of 254 mph. Not only is this hypercar fast, but it’s also incredibly valuable. It’s one of the most sought-after cars today, and we hope that Floyd has an extensive insurance plan for this beauty! 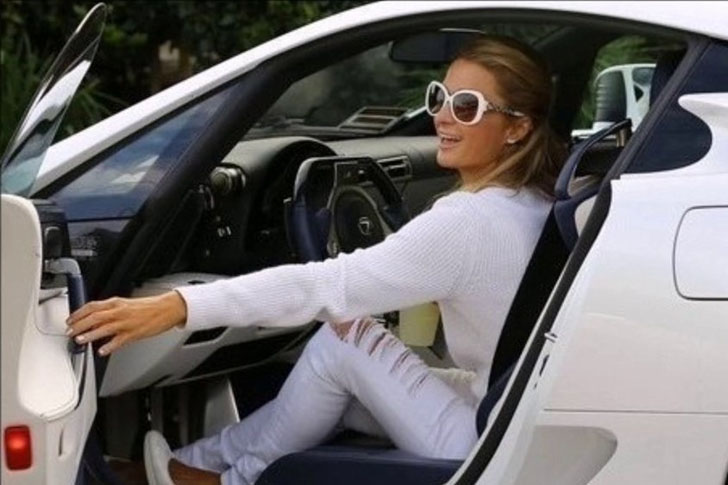 Most of the time, celebs like to use the attention they get from celebrities to flaunt all the expensive things they own. In this photo, a photographer managed to take a snapshot of Paris Hilton as she exits her white Lexus LFA. You could argue that Hilton was prepared for the cameraman to take a snapshot of her exiting the vehicle as she’s clearly dressed to match the color of her supercar.

It’s worth noting that Hilton is a car enthusiast, and she’s got more gems in her garage beside her Lexus LFA. The celeb certainly likes to match her outfit with the car she’s using, but in this photo, she’s overlooked one accessory: her black cellphone. We bet she could easily acquire a while one without needing any payday loans like us normal people! 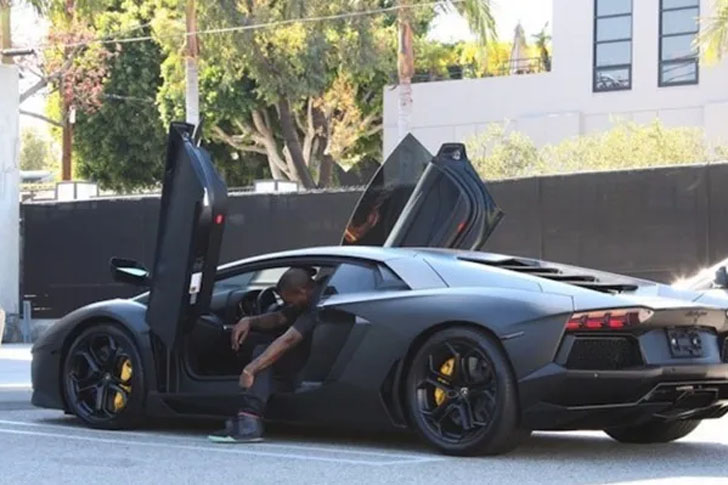 Kanye West is one celebrity known for getting into physical confrontations with the paparazzi. Luckily, he wasn’t able to spot the paparazzi taking a snapshot of him and his new blacked-out Lamborghini Aventador. What makes this photograph even better is that the photographer managed to take a snapshot of West’s outfit, and you could argue that he was dressed to match his new investment.

There’s no question that this photograph is one of the best shots of the rapper and his highly-desirable Italian supercar. However, it doesn’t tell the story of what happened after the shot. Considering that West isn’t fond of the paparazzi, we’re guessing things weren’t friendly once he spotted them.

Ryan Gosling is an award-winning actor, while Eva Mendes also holds numerous acting credits in film and television. It’s certainly a surprise to see them driving around town in a Toyota Prius.

One could argue that Gosling and Mendes are one of the most good-looking couples in Hollywood today. From the looks of this photo, the two had no idea that they were being photographed while driving their eco-friendly Prius. Despite having no idea they were being photographed, one could easily make the case that the pair still looks good driving around in their everyday clothes with their everyday car.

David Beckham was one of the highest-paid athletes during his playing days. You could say that Beckham has all the investment money he needs to acquire any supercar he wants. With this in mind, the retired soccer star has multiple gems tucked away in his garage. Many people have also seen him fueling his valuable supercars in various gasoline stations around town.

In this photo, Beckham is seen fueling up his Ferrari Spider. He’s also dressed pretty casually, wearing baggy shorts, a shirt, and white sneakers. You could say that the soccer icon was just going out for a drive in his Ferrari when the paparazzi saw him and took a quick snapshot of him.